Today was Mother’s day, and it was hard. Despite this being the second Mother’s Day since my separation from my now ex-husband, this one seemed to leave me feeling the weight of my single-momdom much heavier. I didn’t get to sleep-in, there was no breakfast in bed; today felt like any other Sunday.

I woke up around the “normal” time which for us happens somewhere around 6:30 AM and began my normal morning routines: went to the bathroom, brushed my teeth, weighed-in (I should have NOT done that today of all days!), and got dressed. I took a moment to inspect the leak in my ceiling which stands as an unpleasant reminder that the roof needs to be repaired and decided once again I hate home ownership. Still dragging, I rushed to get coffee in my body ASAP and settled on the couch as my 3 children cuddled around me. I got a lot of love and kisses today, a beautiful picture and message from my eldest, and a painted pot and fresh ivy plant from my middleton. The best gift of all, though, was that we didn’t turn on the TV once, and they played together beautifully today!

Despite the beautiful simplicity of the liturgy of my life, pain and anxiety began to cripple my every thought. Why? Because Mother’s Day is still a harsh reminder of how I got here – why I am now a single mom. And a reminder of that time I could have gotten out, but stayed, again.

It was Mother’s Day weekend, 2014. It was that Friday afternoon that I came home to a very angry husband. This wasn’t an unusual story. It was well known by many that he had a temper and that there was not much predictability as to when I may once again strike the wrong chord with him. I had texted to let him know that I was running late getting out of a doctor’s appointment, but that I was rushing home. He had been “babysitting” our kids, but it was starting to severely cut into his work hours, to the point where he was in a state of panic. I walked in the door and sensed that tension was high, so I did my best to become instantly available to my children so he could leave. It was the baby’s nap time and I went to make him a cup of milk. We were out of milk. I had literally just passed the store and now I was going to have to leave with 3 tired children (one now screaming in exhaustion) to get milk.

In my frustration, I made a passive-aggressive comment along the lines of “it would have been nice if you had told me we were out of milk before I returned home to a hungry, tired baby,” and in saying that, I had crossed the line – his line. I had demeaned and insulted both his intelligence and parenting skills. To this day his words haunt me, the look in his eyes, the throbbing pain in my left shoulder from where he punched me, the glass plate that went flying at my face, the thoughts that raced and the fear I felt as he pinned me into the corner of my kitchen, threatening me. The worst memory I have from that day was listening to the screams of my 20 month old as he watched it unfold, and my 6.5 year old daughter begging her daddy to leave me alone.

That is the day I took my 3 children, packed a night’s worth of clothes and snacks, and we left. At that moment I thought I was done. I called my therapist. I left her a voicemail she later admitted to weeping to, as she listened to my words and heard the fear in my voice. She returned my call a half an hour later saying first “I can’t tell you what to do here. But if you’re ready, I can help you come up with an escape plan.” Suddenly this all seemed too real! What was I saying if I did? What did that make me? An abused wife needing to escape a violent husband… NOT ME! This couldn’t be me… This couldn’t be how my life was going to unfold.  Not to a Bible School graduate, pastor’s wife, homeschooling mom! I thanked her for her advice and words but I needed some time to think about what to do next. My next step was to go to my sister’s house. I had stayed silent about the issues in my marriage for a long 10 years and I decided I couldn’t be the only one who knew anymore. I wanted to tell someone so they could tell me if what I was experiencing was normal or not. Was it even really abuse? I had held it all in for so long that I truly believed it was normal and something every wife had to endure from time to time. I was SHOCKED to learn that most of the women in my life had never experienced that level of rage from their spouses, and suddenly I felt alone and embarrassed.

After talking to my sister, I began to realize that to open up and speak out about what life was REALLY like in our home would come with its own set of consequences – consequences I wasn’t certain I was ready to face. Would anyone even believe me? I mean, he’s a pastor. Who am I? I am just his wife… I am nobody. Suddenly my feelings once again counted for nothing. The physical violence and emotional abuse my children witnessed their father act out against their mother was nowhere near as damaging, in my mind, as HIS loss of identity, damaging his reputation and career, and destroying our livelihood as we knew it.

That night, I went back home. I still remember pulling into the driveway, hanging my head, and crying once again. I entered the house and he seemed shocked but pleased to see us come through the door. We quickly put the kids to bed and had a long conversation about the events that had unfolded earlier that day. In that conversation he assured me that it was mostly my fault, that if I had not spoken so disrespectfully to him and used an incorrect tone, it would not have caused him to act in such a way, though he was sorry for the actions he took against me. He assured me that he would seek counseling (this time), he made a lot of promises including talking to the pastors of the church about his anger problem (which was a lie – it never happened), and in general he vowed to suddenly transform into the man and father our family deserved.

That Sunday was Mother’s Day. I was still feeling very emotionally drained from the events of that weekend, and confused for that matter. I asked for a few hours to myself to go out alone. I just wanted to be alone to really think for the first time. I pulled into a local establishment known for its decadent desserts. As I sat there savoring my slice of pink velvet cake, I felt my eyes well up with tears once again. 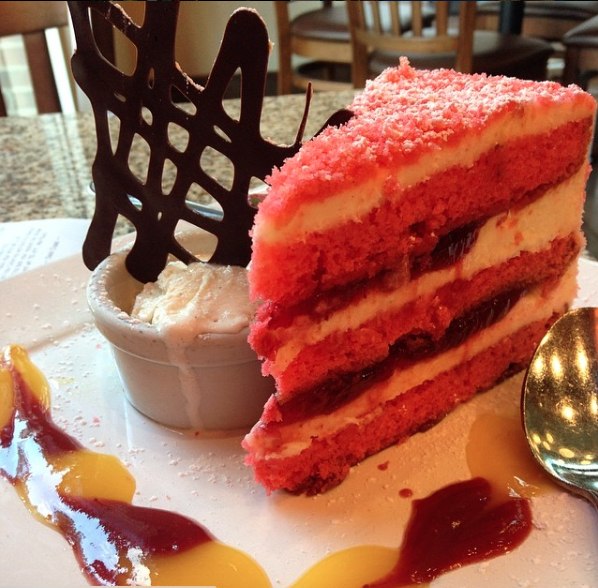 I blew my chance to finally get out.

No one would have blamed me for leaving.

This is clear cut abuse, but now, once again, I’m stuck.

I realized that I just made a promise to give it one more try and work hard on my part to not trigger his anger. I had to try, I made a promise! So I did. Sadly, as it always did, things were ok for a while, and I began to let my guard down once again. But as the cycle ran its course, and counseling became unimportant to him, we found ourselves back at square one.

I finally found the courage to speak out about the abusive marriage I was in. To date, it was the hardest season of my life. Sitting in a room with the elders of our church to confess that we had hidden a dark secret from the church we helped start, stung. To hear them ask my husband to step down from preaching and later resign from the church was beyond tough.  Losing the life I’ve always wanted as a stay-home, homeschooling mom was a huge sacrifice that absolutely broke my heart.

But, with those sacrifices came peace.

For the first time in 18 years I feel like I have a voice again. I can be my own advocate and I can dream my own dreams. I was never just somebody’s wife, I am the person God created ME to be. I wish I could say it’s been easy since, but the last 18 months, venturing into the life of a single-mom, have stretched me in ways I did not expect. Struggling to find work, helping to build up my kids and support them through these major life changes, whilst navigating everyday challenges some days seems too heavy a load to bear alone. But I know now that despite whatever comes my way, my life holds value, I am worthy of being loved…

Shannon DeLong, a work at home mom, is the project manager for The Leaky Boob. She is a native Houstonian thought truly the most un-Texan Texan you’ll meet. She has 3 amazing children who keep her days full! She has a degree in Kinesiology and Psychology from Houston Baptist University. Recently, she began the certification process to become a birth doula and IBCLC.  In her free time, Shannon enjoys road trips, anything outdoors with her kids, and 90’s movies.