The idea that men can’t cook for the family seems archaic and ridiculous, particularly since there’s a long-standing flip side of that sexism where the top chefs in the world have been men – since the beginning of Top Chef-dom. They can’t cook at home but they can dominate the commercial kitchen? That’s just silly.

But admittedly, my foray into cooking was somewhat… troubled. I took to making some foods pretty well as early as middle school. Granted, most of those foods involved chocolate and copious amounts of sugar, but I never shied away from the idea of preparing food. I rocked brownies, fudge, and fried potato wedges – only the healthiest of foods for me! It was more that until I was an adult, I didn’t have much of an opportunity (other than the time or two my mom offered to teach me how to cook something and I acted like an entitled brat who expected to always have someone to cook for me), training (other than a one semester cooking class where I learned how to make pizza and chocolate truffles), or the need to (why would I, since someone would always cook for me?).

My mother is a good cook and she seemed to enjoy it. Once I was in high school, my study load often meant that I went straight to my room when I got home and ate there while I studied (where food would magically appear, thanks to Mom and Dad). Even if I had wanted to, there wasn’t really a chance for me to cook. Not even with chocolate.

Perhaps my wonderful and caring mother didn’t know what to do with my angry outburst at the offer to teach me something in the kitchen. Or perhaps she thought that I would never really need to cook anyway, and so it didn’t seem urgent to give me those skills. Marriage was always something I had planned on, and in the culture I grew up in the wives always handled the cooking and the cleaning. So if I got married, everything would be fine and I wouldn’t starve – food would keep appearing for now a full-grown entitled brat. When I moved away to college, I could balance my checking account, and had just received a crash-course in how to wash laundry, so I might have had a small edge on my college roommates. And since I ate at the student dining room, it seemed as though I had everything I needed to be a self-sufficient independent bachelor.

I jumped into cooking for real when I got married. I’ll spare you the details but it was a rough start involving scorched corn and a rubbery ball of what should have been mac and cheese. Which Jessica ate because: true love.

But children, as it turns out, really don’t care about true love when it comes to food. They say it like it is, reject it like it’s poison, and decide that certain colors/textures/combinations/platings/appearances/temperatures/types/random ANYTHING are inedible. Serve the wrong food and true love won’t even make them consider tasting it; they’ll just question how you could hate them so much to even put that garbage in front of them.

Hopefully dads are entering the kitchen better prepared than I was and confident in their cooking skills – or at least in developing them. But even the most confident chef can be undercut in a matter of seconds by a 3 year old. Here are a few tips for dads (and moms) that I’ve learned when it comes to cooking for kids: 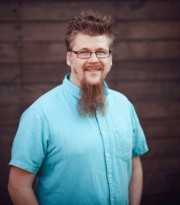 Jeremy Martin-Weber is the proud father of 6 inspiring girls, and is 19 years into a love story with his partner, Jessica Martin-Weber.

Mommy, why are you crying- empathy and kidnapped girls

A Bedtime Song for Daddy

Beyond the Voices in My Head