*Edited to add this content warning- difficult relationship with parent discussed including parent not liking their child.*

Nobody says this. Or if they do, they say it kind of tongue in cheek. They call their toddlers assholes and people laugh. Yeah, kids are assholes. Hahaha. Otherwise known as developmentally appropriate egocentrics who are human beings that struggle with regulating their emotions and understanding sequencing and logical consequences.

That’s not what I’m talking about.

This isn’t tongue in cheek.

I felt like I couldn’t connect with my daughter. There was a time I didn’t even like her.

Sometimes I. Could. Not. Stand. Her.

I’ve wanted to write about this for about 3 years. Probably more. But I didn’t feel like I could write it in the thick of things or even somewhat after the fact. My own grief held me back. Shame and fear that I’d be attacked made me afraid to open up. I felt like I could only start really talking about it once it was much more a thing of the past. A sort of success story.

At the time, I hoped I’d get to that point but I wasn’t sure we would.

Thankfully we did. It’s a story of hope but when we were going through it all I felt was shame and failure.

It was never her fault.

When she was born I loved her right away. Something that hadn’t happened with her big sisters. But somehow, it was love at first-squishy-red-potato-blob-newborn-sight. The labor and birth, though long, went well and she was born into her daddy’s hands in spite of having her cord wrapped around her neck three times. Breastfeeding was the most rainbow-farting-unicorn-experience I had had up to that point. Her nature was pretty chill. Our family was more stable than we had ever been. Everything was great.

The baby before her had been high needs, sensitive, difficulty breastfeeding, and I had postpartum depression which left me feeling detached and in a fog for most of the first year. With this baby there was no postpartum depression or anxiety and I was way more confident as a mother. It seemed like finally this parenting thing was getting easier.

I’m not sure when it was that I first thought that I felt like I didn’t really connect with her but she was pretty young. Preschool. It wasn’t that she struggled to connect with everyone, she connected well with her sisters and made friends outside the family. She connected beautifully with her daddy and they shared such a close bond that it was moving to witness. I didn’t get it, they were so much alike, surely I should be able to connect well with her, I connect well with him, don’t I?

Everything I tried seemed to backfire. The one thing we had was that physical contact was important for her and so for every bid she made for physical connection, I pushed myself to be available and responsive even if or when I didn’t want to be. Touch is not one of my love languages and I can easily get touched out but it felt like this was the one for sure way I had to connect with her. It was vital. Though I believe it helped tremendously, it was no panacea. Still, initiating and being receptive and responsive with touch for her was probably a key piece of working through my difficulty in connecting with her.

In time, the lack of connection grew to a sort of awkwardness. And then disconnect. Then annoyance. And then… dislike.

I knew she didn’t like me. Love, yes. Like? No. It would take me another year to finally admit I didn’t like her. In that time the tension between us became painfully obvious, so thick it was stifling at times. Every word directed towards each other was weighed and we put buffers between us in other members of the family. My breathing seemed to get on her nerves, her tone of voice almost always irritated me. She wasn’t even nearing her teens, the time when people say to expect relationship difficulties with your children and yet I felt so disconnected from her. 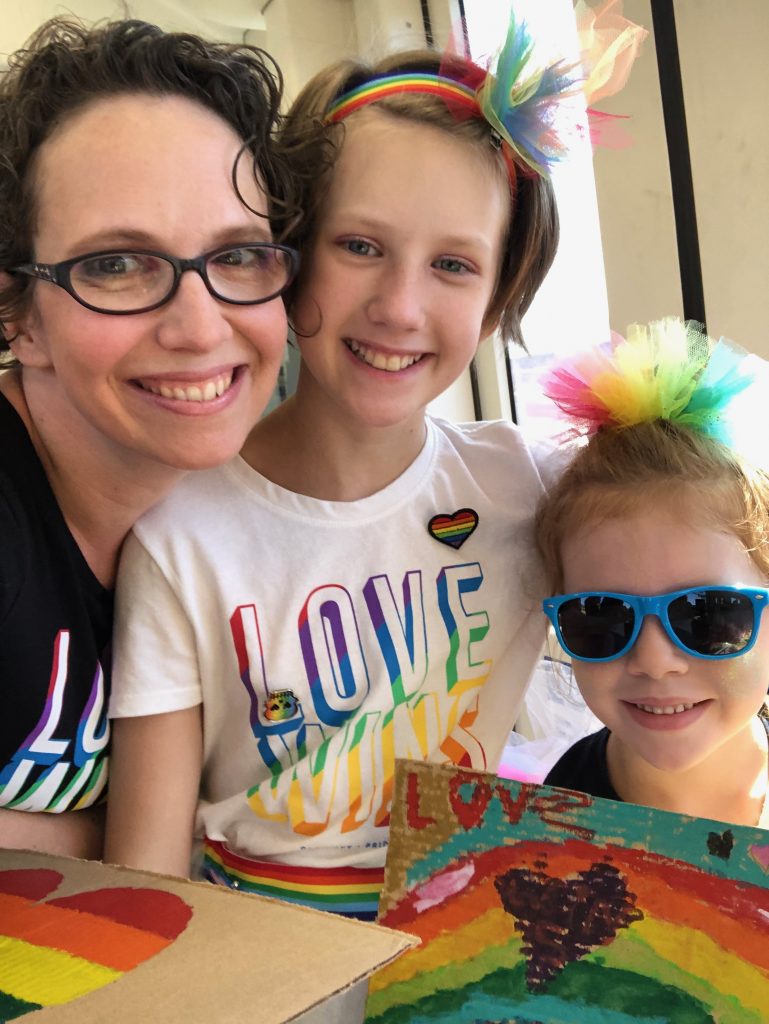 I know, I know. That’s a horrible thing to say. Which is why I didn’t say it for a long time. Which is why I never said it to her when I felt that way and did everything I could to hide it. But I knew. She knew. My partner knew. Her sisters knew. Denying it and not saying it did not make it less true.

It broke my heart. I felt shattered. What kind of parent doesn’t like their child?

It wasn’t her fault and she couldn’t do anything about it. I had to. It was on me. Whatever the cause, I was the one that had to address it as the parent and adult in the relationship.

Over the years as I’ve talked about it in one-on-one conversations with friends and others, I’ve heard from many, many, many other parents who have felt the same thing for one of their children and hated themselves for it. For many, it is one of the most isolating parenting experiences they’ve gone through as a parent. There’s so much shame attached to not enjoying your children as a parent. A shame that contributes to the isolation and prevents people from getting support that could give them strategies and steps to work through this parenting challenge. As a result people feel they have to push their feelings down, afraid of their negative emotions and what it might mean about them as a parent, as a person. Denying our feelings doesn’t allow us to work through them and to heal.

There was a lot I had to work through. Eventually I came to realize that this particular child of mine, through no fault of her own, triggered some of my insecurities and childhood trauma. Additionally, shortly after her birth our family had experienced a significant trauma that impacted our children so I had put my own trauma aside to help them. As they began to do better, my own baggage began to drag me down. Baggage I had to work through. It wasn’t her fault and it wasn’t mine.

It would be my fault if I didn’t address my baggage.

My baggage wasn’t the only issue though. Some of it was simply that not all personalities click. Not everyone gets along. There are those that we just aim to be civil and polite with. People that you would never be close with or choose to have in your social circles. My relationship with my own parents is that we’re family, we don’t click well and would never have been close if we weren’t related. I saw one of my siblings be rejected through their childhood by one of our parents and later in my own childhood I experienced rejection as well. I knew that dislike and distance could happen with adult children and their parents. I just never expected it would happen with my own child and certainly not so young. 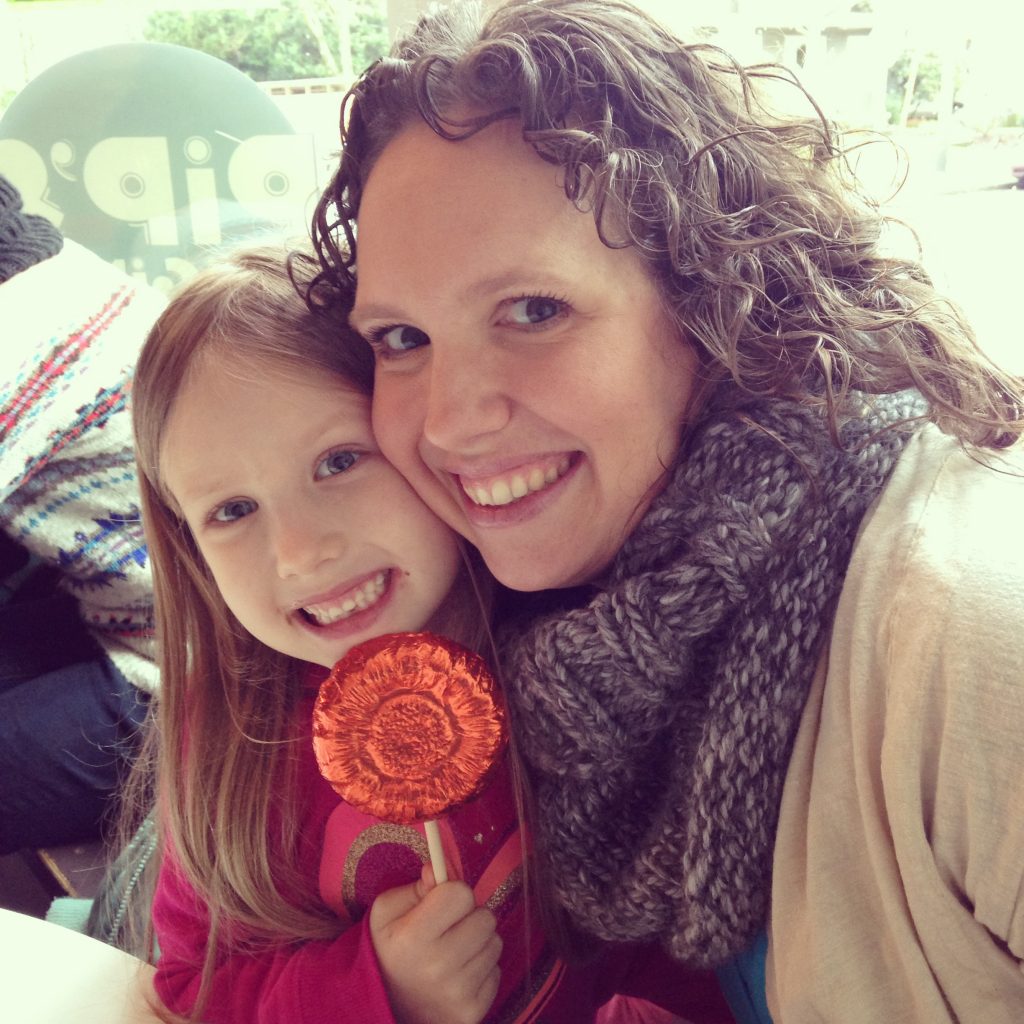 The responsibility for tackling that challenge was on me, not her. Only me.

I learned to identify the triggers for me in her such as her tendency to be a pessimist which I interpreted as complaining and took personally, or that her struggle with anxiety was sometimes expressed in trying to control other people which triggered the feelings I experienced growing up in the controlling environment of a cult. Recognizing our personality differences and not assigning virtue to those differences gave me the space to accept and even grow to appreciate those differences. I learned to always ask myself in every interaction if I was responding in love or if I was reacting to our differences or my triggers. Being curious about my feelings and my reactions toward her opened the door to seeing what I needed to work on for myself. The more I understood myself and why I felt how I did with this particular child of mine, the more I could focus on loving her. This didn’t mean I didn’t have boundaries or allowed her to be rude but rather that I checked myself before responding. In time, loving her, rather than reacting to her, was more natural.

It’s been three years since I realized I like her. Really like her. Since then we’ve been able to talk about our relationship struggles honestly and she admitted to not liking me and feeling disconnected from me. Identifying that we have different ways of expressing and feeling love, acknowledging the differences in our personalities, and how sometimes those differences trigger something in us that isn’t actually about the other has laid the foundation for an honest relationship that celebrates our differences rather than reacts to them. The differences we have aren’t flash points most of the time, we are able to listen and learn from each other to consider another perspective. While she and I still have to work on how we communicate with each other and while our personalities are very different and we don’t easily understand each other, we have seen how even relationships that don’t come easily are worth working on. Our differences are strengths we bring into our relationship, they don’t have to be barriers. Not taking things personally and being curious about our responses to each other has given us the chance to learn about ourselves as well.

My daughter and I can laugh now about when we didn’t like each other and how often miscommunication made our relationship even more complicated but it wasn’t funny when we were going through it. It was painful. But we made it through.

Today, our connection is stronger than ever. Our communication flows more often than not and we address potential issues as they arise, honestly, openly, and without shame. We hang out together for fun, not out of obligation and I trust her recommendations on books, art, food, makeup, and fashion. Being her parent now is a lot of fun. I could have denied my emotions and continued to struggle, not addressing the issues that were barriers in my relationship with her and missed out on all of this. I love the person she is and enjoy her.

Determining Age-Appropriate Experiences for Our Children

My Perfect Stepford Family, or Why I Don’t Control My Children

Cakestravaganza – Beyond your average birthday cake.