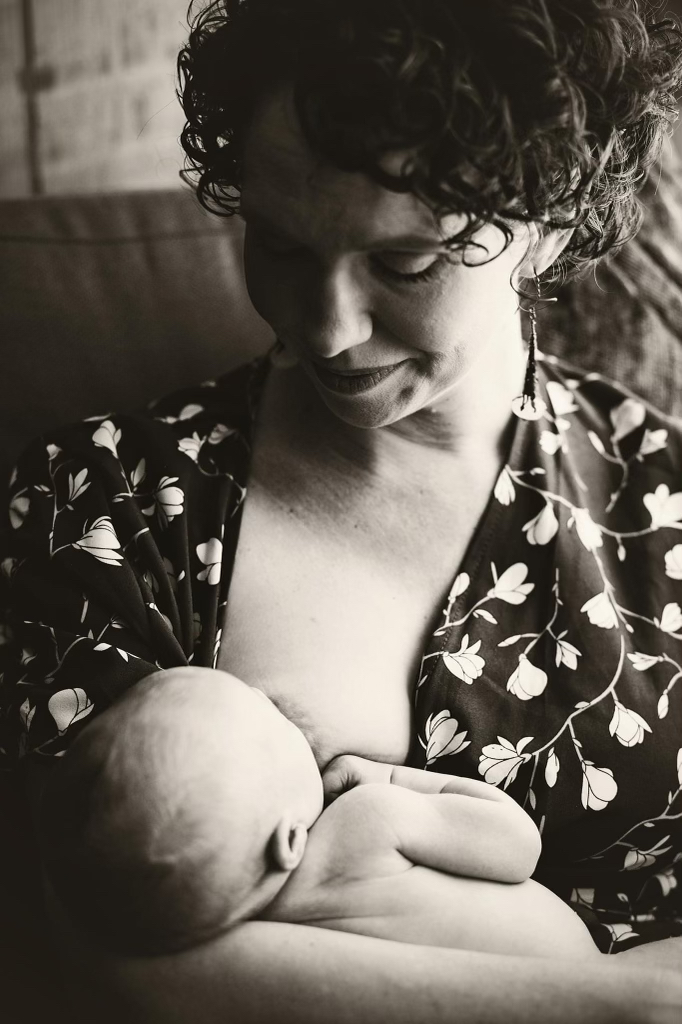 This isn’t my opinion. This is the law in all states in the US.

I probably wouldn’t have known that if my wife hadn’t started a breastfeeding support community.

Be that as it may, it is the law. And social media platforms reflect this law by allowing the posting and sharing of breastfeeding images and videos.

Why do you think that’s the case? It flies in the face of the morality police, the anti-nudity groups, the followers of Modesty First and Foremost! It even trumps indecent exposure laws.

Because it’s not a question of modesty, decency, morality, or nudity at all.

It’s about feeding babies. One could even argue that it’s about babies’ rights.

And who, if there’s a choice between prioritizing feeding a hungry baby and shielding someone from seeing a flash of chest, would choose to cause a baby distress?

It turns out, plenty of people would. Their motto? “It’s better for the baby to go hungry than it is for me to see a flash of chest!”

“Nobody needs to see that.”
“Pump and put it in a bottle.”
“Plan ahead and feed the baby before you leave your house.”
“Have some decency, be modest and use a cover.”
“Disgusting.”
“Breastfeeding is natural and special but not to be shared with the whole world.”
“There are kids around. I don’t want them to see that.”

Because for them, and for the men who object to breastfeeding happening beyond closed doors (and bathroom stalls), it’s not about breastfeeding at all (well, it is for a few, but that’s a conversation for another time). It’s about their belief that men cannot be held responsible for what they think, what they say, and what they do, if they catch a glimpse of female flesh that is usually covered up. That a flash of breast is akin to a whiff of catnip for a feline. Only instead of the momentary and amusing freak out that cat’s have with catnip, we worry that a flash of breast will turn men into catcalling, whistling, gawking, lusting, ogling, threatening, predators in the moment, and we’re concerned about the long term effects too, catastrophizing with fears of men fantasizing about it later, masturbating, becoming obsessed with looking for more flashes of breast and more, escalating to them cheating on their wives, and ultimately leaving them.

All because men can’t be trusted to take responsibility for their thoughts, words, and actions.

And their logical solution is that women should take responsibility for men’s thoughts, words, and actions by only breastfeeding in private (and keeping their breastfeeding photos and videos to themselves). If they don’t, they’re sluts who expose themselves to lure men with their breasts. So they should stay home until they’re done breastfeeding. Or if they insist on taking their babies out in public, they should make babies wait to eat until they can find a bathroom stall to nurse their babies – as if eating in the bathroom is the most natural thing in the world.

One might ask if that isn’t making infants responsible for men’s thought life, words, and actions…

But the belief that men can’t control themselves is a lie. Some men take it up as a truth because it acquits them of all responsibility. It gives them a “temporary insanity” clause for any inappropriate and debasing thoughts and actions. But doing so also debases them. It dehumanizes them.

Because it’s a lie. It’s a lie that when it comes to sex, men are less moral than women. Or less capable of controlling their thoughts, words, and actions.

It’s a choice to educate ourselves. To learn that there are cultures in the world where men don’t see breasts sexually. To learn that women are more than their bodies. To learn that women are individual people who have interests, passions, jobs, hobbies, LIVES!, and aren’t living sex dolls for our personal gratification. To learn about personal boundaries with our thoughts, words and actions. To learn about respecting ourselves enough to put the work in to be decent human beings who treat ALL people with dignity. To learn about what it looks and sounds like to treat ALL humans with dignity. To take responsibility for our own selves, fully, so that women don’t have to even consider the possibility that they would have to do it for us. To learn how to stand up to other men who think it’s ok to lose a piece of their humanity for the “pleasure” of harassing women.

I know I’m not the only man who thinks this way.

Breastfeeding where people can see is perhaps the healthiest, the least controversial way to challenge these cultural lies.

When I was about 14 I remember being at a picnic where a number of families were gathered together. At one point, the mother of some friends of mine, who also happened to be my Sunday School teacher, lifted her shirt and exposed enough breast to feed her new baby, right there on our lawn where I could see. Where everyone could see! My first thought: wow, that breast was huge! My second thought: she’s feeding her baby. And right then, right there, I realized that I could choose to focus on the flash of breast I saw and enjoy sexualizing that moment for my own personal enjoyment, or I could choose to focus on how natural and beautiful it was that she was feeding her baby. That there was no reason for her to feel any shame about it at all. By choosing to respect her, I now realize, I also protected myself from feeling any shame that would have come from choosing to objectify her, and I protected my relationship with her, as well as my memory of her.

And either way, it was entirely my responsibility. 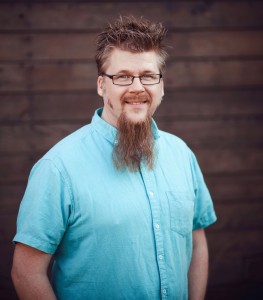 Jeremy Martin-Weber is the proud father of 8 inspiring girls, and is 26 years into a love story with his partner, Jessica Martin-Weber.

Together they enjoy supporting people in private relationship, family, and parenting coaching, focusing on determining practical action steps to help their clients navigate and improve their relationships.

For more information on relationship and parenting coaching with Jessica and Jeremy, click here: https://bit.ly/3akaRR7
To sign up for the free consultation, please fill out this form: https://bit.ly/3B07sm2
(Visited 329 times, 1 visits today)